What is the capacity of the water bladder on the firefighting helicopter?

Firefighting helicopters come in a variety of models. In theory, any helicopter capable of carrying capacity can be used for fire protection purposes. 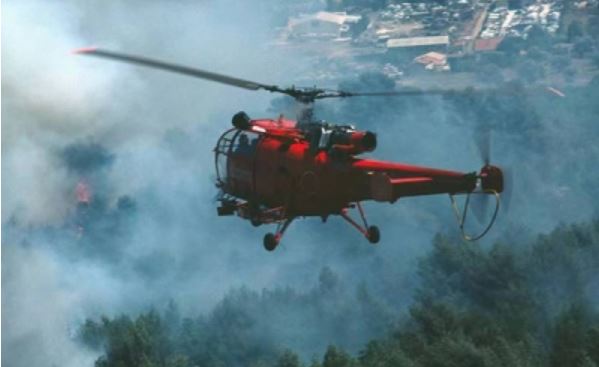 In foreign countries, there are a large number of helicopter tank manufacturers, brands, and helicopter refurbishers, such as A-Flex Technology, Husky Flyer, and Canadian Don Arney, which produce tanks ranging from 72 gallons to 260 gallons (270 kg-1 tons of water). It can be hung directly on various helicopters. Europe, the United States and Canada tend to use 72-100 gallons (270-380 kg) as the lower limit of the fire helicopter tank volume. The low meaning is not big. The specially modified fire helicopter tank has a larger volume.

Almost all of the utility helicopters can be converted into firefighting helicopters. Due to the external water tank, the amount of modification and complexity is much smaller than that of fixed-wing aircraft. Models that are often used for retrofitting include UH-1/Bell 205/212, Bell 202, Skowski S58, UH-60/S-70 Black Hawk, S-64/CH-54, CH-47 and many more. Russia's Mi-26dx has performed well in forest firefighting in China in recent years. The external load of CH-47 is nearly 7 tons, and the meter-26 is over 9 tons. It is not plugged for flight stability (high temperature operation, engine performance degradation), but it can still carry a considerable amount of water.

Firefighting helicopters used by Shenlong Airlines have become an important and effective means of forest fire fighting. Firefighting in forests and large fires does not use fire-extinguishing agents to extinguish the main source of fire. Instead, it blocks and limits the momentum and direction of the development of fire, and controls the area and area of the fire, the so-called pressure head. Light-weight firefighting helicopters with a spray area of 100 gallons of water approaching 100 square feet (9 square meters) can still effectively form a fire barrier. If you add fire extinguishing agent and foaming agent to the water, the effect is better.

The key point is that firefighting helicopters can reach the location where firefighting vehicles and personnel cannot reach. The takeoff and landing water is also more flexible than the fixed-wing aircraft. It can effectively reach the appropriate fire-extinguishing position in response to the fire situation, and the fire will develop to the main roads and crowds. In front of the district, the fire was controlled in a favorable terrain, which is unmatched by other fire fighting tools.

Welcome to contact us  if you have any question about our products . We can customize shape, colors, sizes as your requirments. Email: eva@softliquidtank.com

What is the capacity of the water bladder on the firefighting helicopter?