How to fire fighting at forest in United States?

The fire destroys nearly 24 million acres of forest in the United States each year, causing billions of dollars in losses and spending hundreds of millions of dollars to extinguish forest fires. With the development of science and technology, methods to deal with forest fires are rapidly improving. The equipment of modern firefighters has expanded and is no longer merely an axe and shovel. It also includes satellites, solar weather stations, lightning automatic detectors, and computers that can accurately predict the fire. These high-tech methods can determine topographic effects, vegetative flammability, and even flame changes with the weather. U.S. Land Authority official Renig said that the previous response to the fire almost always came from strong emotions eager to save the fire and often paid for it. In the past, aircraft were frequently flown in search of a fire; now, the aircraft can fly directly to the place where the lightning strike occurred. 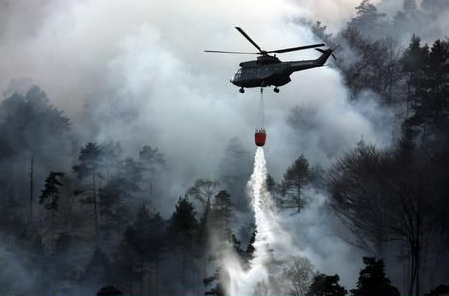 At present, a computer at the Joint Fire Prevention Center is linked to 33 detectors mounted on high columns around the western United States to track storms and accurately point out the location of lightning strikes (75% of western fires were caused by lightning). These detectors not only help the center coordinate the national fire protection resources, but also help predict the next problematic area. 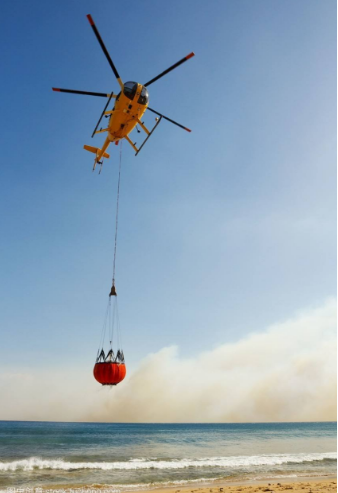 The U.S. government has been continuously expanding its fire protection system. In 1985, it began to input information into a computer network called "Initial Fire Management System", which can be contacted with 50 fire prevention offices in the west via terminals. The researchers also designed a computer program called "behavior" that uses the burning speed, humidity, wind speed, and ground slope to predict the speed, path, intensity, and even the height of the fire in a forest fire. The first "behavioral" experiment was conducted on the forest fire at the 1984 Yamaguchi Nature Reserve in Montana. Although the fire threatens a casino and residential area, extinguishing the fire will put firefighters in an extremely dangerous environment. Through probabilistic analysis, “behaviour” predicts that it will naturally burn and forest fire will self-extinguish in the wilderness. As expected, the danger has passed, saving fire fighting costs by $750,000.

In the United States, the Forestry Department of the Ministry of Agriculture not only owns 146 special fire-fighting and fire-fighting aircraft, but also has an agreement with the Air Force and 160 private jets. Once the airlines’ aircraft cannot meet their needs, they will be supported by their aircraft. The United States has also specially trained a group of aviation parachute fire fighters. Fires have occurred anywhere, and the Forest Service has been able to mobilize thousands of firefighters to the fire site within a day.