How to prevent forest fire in France?

France has a forest fire that it is difficult to extinguish on the Mediterranean coast because of the dry summer weather every year and the north wind called Mystrato that is blown away from time to time. Therefore, the fire fighting equipment of the French fire brigade is complete particularly. The French National Firefighting Headquarters is located in Paris, but the most important branch is located in the Coast Province of the Mediterranean Sea.

There are particularly many firefighters in the Coast Province with more than 1,000 people because of the frequent fires in the forests along the Mediterranean coast, Moreover,the fire extinguishing equipment of this team is particularly modern, including more than 20 Canadian-made firefighters designed specifically to extinguish forest fires.

According to information from the French fire brigade, it is generally only 3 to 4 minutes for a fire-fighting plane to return from a place not far from water. If there are 10 fire fighters participating in the fighting each time, there will be 1,000 tons of reciprocating 10 times, and 10,000 tons of water will evaporate in the fire on 100 occasions. The forest fire will be extinguished soon. Because of this,the forest on the shores of the Mediterranean Sea, despite the numerous fires, seldom lasts for more than one day. 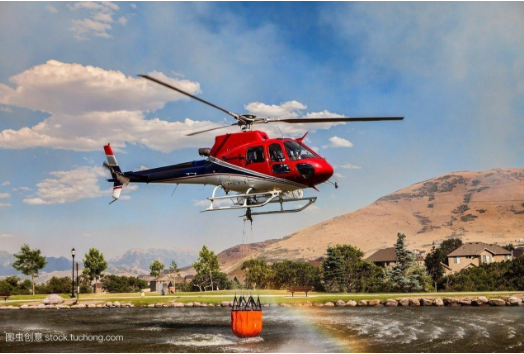 The good effect of the French fire brigade in extinguishing forest fires,it can be said to be due entirely to the purchase of aircraft in Canada. France purchased a group of such aircraft from Canada more than 20 years ago to extinguish the fire in the forest on the Mediterranean coast. In recent years, France has also converted some of the old transport aircraft of the Second World War to fire-fighting aircraft and joined the fire brigade in the Mediterranean region.

France has also launched a fire-fighting helicopter as a "special force" to participate in the fire fighting in the Mediterranean Forest since 1997,This is the squirrel-shaped helicopter. one China flexible water tank was added below the helicopter fuselage and it was placed between the two landing gears. The reservoir is a flat, rectangular shape with a suction tube protruding from the lower left. Each time the water up to 700 kg. Helicopters can use any natural water source in the event of a forest fire. It flies to the surface of the water to maintain a dwelling flight. At the same time, it inserts the suction pipe into the water. When it is full, it can fly to the fire to extinguish the fire.